Now that I have had the Walipini for going on 3 years I would change a few things if I were to do it over. I still love mine, but my mind is a fixer and somethings just need fixing. :)

My first area would be to move it further from my home and chicken yard. I thought putting it where it is would be good for me as it was close to our home and near the water faucet. I did put up a fence around it to keep my chickens, horses and other critters out of there. Don't get me wrong its not terrible where it is at but I would move it further out in a more open area and then fence it off with a wider area between the fence and the Walipini.
Reason #1 when it rains this Walipini needs (in my opinion) some kind of gutter system for the rain. Without one the rain runs off the top and then depending on the slop of the ground it either stays there or finds it way in or around the Walipini. We dug a trench around ours but in a big gully washer....will the gully washer washes out the trench.
Reason #2 with our since its close to our home and the chicken coop, the fencing had to be close to it. This created a problem with weeds growing along and under the lid of the Walipini. I have had a couple of not so big cave-ins in ours due to this and some of the rain. In one area in ours I have a wall that seems always wet. This is the wall that I figure that sooner or later I will have to put something there to stabilize that area. 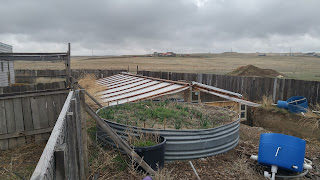 My Second change would be to the size of the roof over the whole in the ground. I put it 2' over but I think I would go 3' now.
Reason #1 Lets face it you will eventually have some sort of a wall break off here and there. No biggie...but I'm sure like me you don't know what is down further than 3 feet. We seem to have more of a sandy layer that is not as stable as I would like. If expanded over a bit further it would just give you a bit of a cushion that you might need. Also, I spray weed killer just under the lid on the original ground area. These areas are a bug, fly, bee, spider magnet. I just make sure that there is nothing in that area for hiding.

My Third change, and this one is still a toss up, is the ramp into the Walipini itself. I like that is big and if I need to get a bobcat down there to do some work it's great. Problem is when it rains that's a big ramp rain catcher and all that rain runs down into the Walipini. Also, when it snows that ramp fills up with snow and same issue when it melts. I did add a smaller ramp on the other side for an escape if I needed one but that one fills up with tumbleweeds, rain and snow as well. This isn't a huge issue. It just adds some mud where I want to wear my flip-flops. 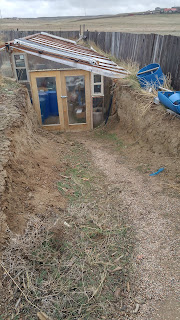 My fourth change would be to add a couple of vents on the roof. In the summer this thing get smoking hot...even with a shade cloth, windows and doors open. I eventually had to put a swamp cooler in mine to help in the hot afternoons.  Depending what you use as a roof cover might make a difference in the changing seasons.

Everything else has been great...until our last storm that was a blizzard and brought several of feet of snow with it. We did shovel off the top but some of the 2x4's inside didn't make it. Also, on one side we did have a large cave in from the weight on the top. Currently thinking of mending methods but as you can see from the photos this was a big storm for us. As for the top tarp it held EVERYTHING in place and did not tear or add to the cave-in. That's a plus. We reinforced the inside 2x4's for now fixing the boards that didn't make it for now. 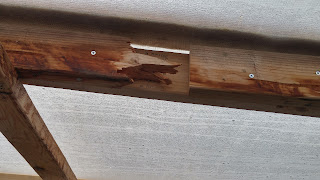 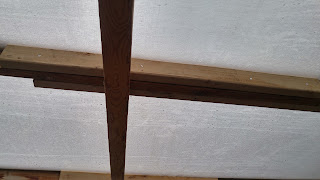 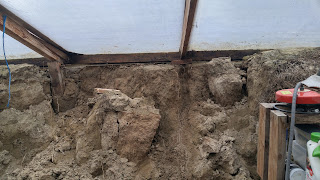 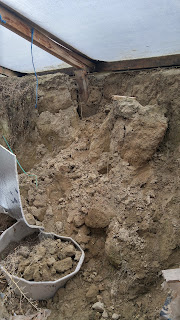 Minus this setback I still love my Walipini and Aquaponics system. Here is a photo of still happy fish after all the damage. (I changed my fish to KOI, reasons will be in another blog post.) 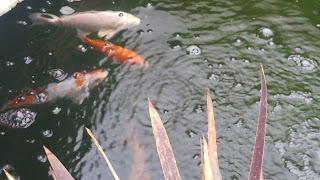 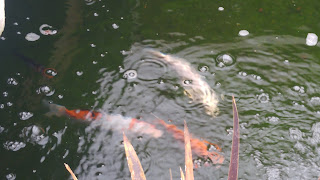